NHL Over Under Betting: Why You Might Never Bet Over 5.5 Again 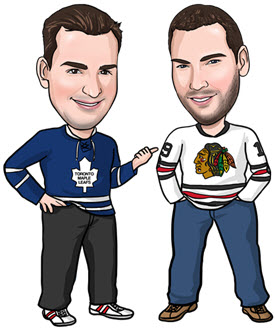 In a previous article, we explained the huge difference between Over 5 and Over 5.5 when it comes to NHL Over Under betting, and gave 3 reasons why that’s the case.

In this article, we’re showing you yet another reason you might want to think twice before betting Over 5.5 in an NHL game.

But this time, we’ll offer a solution to the problem instead:

Nice solution, right? Aren’t we making it even harder to win the bet?

Plus, you’re getting better odds.

Well, duh. But we still point this out because the better payouts are why you might want to consider betting Over 6 or Over 6.5 instead of Over 5.5.

If you use a sportsbook that offers alternate lines on NHL totals, you should be able to bet Over 6 or Over 6.5 instead of Over 5.5 pretty easily. (All the top NHL sportsbooks we recommend do, except for BetOnline – and Bodog only offers alternate totals of 4.5, 6.5 and 7.5, not 5 or 6).

But are the bigger payouts enough to offset the times you push instead of win, or lose your Over 6.5 bet when the game ends with 6 goals? 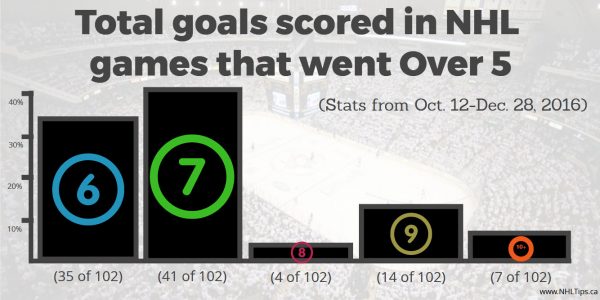 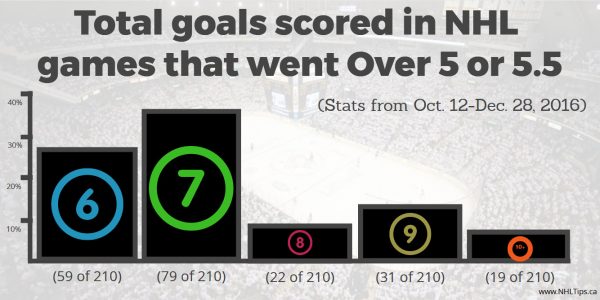 When we were researching the article we wrote on the difference between betting Over 5 and Over 5.5, we looked at 523 games from the first 2.5 months of the 2016-17 season.

Question: What do those scores all have in common?

Answer: They’re games that were decided by more than 1 goal – which has become quite rare in the NHL these days. Just consider that nearly 24% of NHL games have been decided in overtime over the past 5 seasons alone, which guarantees a 1-goal margin of victory.

We wouldn’t quite go that far.

The other thing you should consider is whether you expect a competitive game or not. If both teams have a good chance of scoring 3 goals, the Over 6 and Over 6.5 become more attractive because if each team gets to 3, you’re guaranteed a 7th goal. But if it’s a one-sided game, you don’t want to find yourself needing 1 more goal to cash your ticket when the score is 5-1 and both teams are just mailing it in in the third period.